Vladimir Sitta describes his work: “Nature is a perennial source of fascination. As our cities are becoming increasingly denatured, gardens initiate both our communion with nature and our disjunction, they are often the only entity available for this.

In order to communicate successfully, gardens need to exist within the cultural context and the consensus of values. Modern life itself brings reason for the existence:of gardens: a need to find a personal refuge from the insults gathered in everyday liaisons with practicalities of human survival.

Gardens to me embody timelessness; ephemeral and anarchic. Time is a recurring theme in my designs. Time resents any attempt of its appropriation yet it is capable of universally responding to the contemporary human condition.

Nature will always trespass into gardens – Coupled with time they both will offer the unsolicited commentary on our intention.” 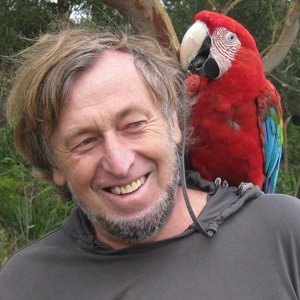 The Landscape Architect That Has Inspired You The Most?

The Garden That Has Changed Your Life?

The property is a characteristic rural 19th century homestead located in country New South Wales. Landscape Architect, Vladimir Sitta says that the clients were adventurous enough to “virtually give [him] a blank page”. The garden was designed in increments. The loosely structured landscape was gradually transformed into a series of “rooms” to accommodate the typical requirements of luxurious country living (pool, tennis court, terraces etc).
The immediate surroundings of the homestead adopt loose clues from existing buildings. Other buildings coexist in a mutually sustaining bond without one dominating the other. The garden does not have many clear destinations. It is a series of suggestive fragments and visual metaphors that are brought together only by those who elect to explore them. Further away from the central building cluster, the garden changes into a world of its own making. Intensive ground modelling in the so called native garden significantly increases the original surface. Valleys, ridges, depressions provide a whole range of habitats not only for colonization by native flora but also for fauna like numerous birds and – we are in Australia –  for poisonous snakes as well. While each room serves a specific need and exists on its own, together they form a cohesive but varied setting full of unexpected incidents and experiences which invite imaginative exploration.

The Garden of Ghosts has come to its realisation over nearly a decade – an exercise in slowness and patience. The design is not a radical intervention but a series of subtle transformations that sit comfortably in a space infused with both tradition and modernity. The garden mirrors both the lifestyles of its current owners, and the colourful history of the site. It fosters an amalgam of different moods; playful, strange, romantic, melancholy.

The front garden contains perhaps the greatest density of protected trees in the entire suburb. This area was recently under-planted, as trees completely dominate the area. The microclimate is perfect for the growing of sub-tropical plants, with an amalgamation of gingers, ferns and lilies.

The middle garden recently saw considerable changes with the erection of a large glass canopy by architect Jim Koopman, deck, and plans for a future barbecue resembling an old red steam engine. The existing garden beds were partly replanted, under the canopy of existing wisteria, while the existing quirky concrete walls (remnants from the private zoo) were also replanted with bromeliads and ferns, supported by a snake-like misting device.

The back garden, attempts to revoke a little of the original spirit of the private zoo, with a ceramic fish skeleton encased in a glass vitrine, forming the pool fence (a council requirement for pools). The original intention was to have an aquarium as a pool fence, however because of the sheer logistic of cooling the water in summer and heating it in winter, and general maintenance issues, this was deemed unsuitable. The pool is the fundamental element to the garden; while best when animated by rowdy children, the pool is still fully integrated into the garden, rather than existing as an over-sized bathtub as is the case in many backyards today.

You can find out more about which cookies we are using or switch them off in settings.

This website uses cookies so that we can provide you with the best user experience possible. Cookie information is stored in your browser and performs functions such as recognising you when you return to our website and helping our team to understand which sections of the website you find most interesting and useful.

Strictly Necessary Cookie should be enabled at all times so that we can save your preferences for cookie settings.

If you disable this cookie, we will not be able to save your preferences. This means that every time you visit this website you will need to enable or disable cookies again.